In 2001, Mr Harsum received a rare and prestigious combined MBPhD from University College London, where he fast-tracked his medical training and a three year research doctorate. This research doctorate was focused on wound healing, and Mr Harsum developed a passion and skill for microsurgery during this time. Subsequently, he specialised in ophthalmology and continued training at multiple hospitals in London. The last two years of his training as fellow in medical and surgical retina were done at the reputable Moorfields Eye Hospital.

One of Mr Harsum's most notable work over the years since becoming a specialist has been his impact on the National Diabetic Eye Screening programme at Sutton & Merton as a lead. The programme had been suspended twice and was failing before he was involved. Mr Harsum managed to not only turn it around, but he led it to becoming the best performing programme of its kind in London. After its success, he established the first commissioning group funded 3D OCT diabetic retinal surveillance clinic in London, which is presently the model for care in the city. Due to his efforts, Mr Harsum became one of the quality assurance leads for the national programme, as well as evaluating screening programmes nationally.

Mr Harsum also introduced micro-incision cataract surgery (less than 2mm) to his NHS Trust. He is one of the handful of surgeons in the Southeast England region who can perform such small incision surgery. This procedure is different from standard cataract surgery as it only requires anaesthetic drops rather than an injection and patients who would normally need glasses afterwards no longer will due to the possibility of multifocal or toric lens implants.

Outside of his clinical practise, Mr Harsum has held various leadership roles such as being the educational supervisor and college tutor for the Ophthalmology department and has sat on multiple boards, one being for the Royal College of Ophthalmologists. Currently, he is the director for the Head, Neck, and Ophthalmology Service with his NHS Trust. The department is one of the best performing in all of London, meeting all 18-week standards.

Mr Harsum commits time to charity programmes and arranges ophthalmology trips to British Guyana and Myanmar, where he takes various consultants with him to perform cataract and retinal surgery. Since the pandemic, Mr Harsum has also become the lead for Cataract Surgery for London, part of the COVID recovery programme, and is responsible for high volume low complexity cataract surgery hubs. In addition, Mr Harsum continues to be involved in research and maintaining positions in leadership roles.
Read more 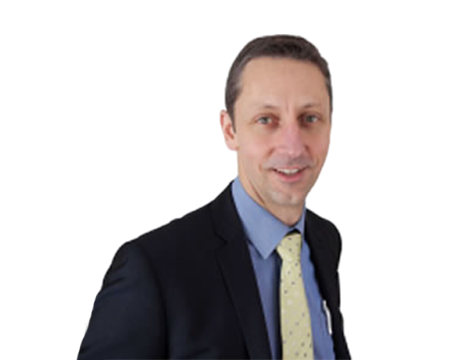 What is a macular hole? A macular hole is a traction tear in the macula, which is the centre of the ...

What are floaters? Eye floaters&a...

This website uses cookies to improve your experience while you navigate through the website. Out of these cookies, the cookies that are categorized as necessary are stored on your browser as they are essential for the working of basic functionalities of the website. We also use third-party cookies that help us analyze and understand how you use this website. These cookies will be stored in your browser only with your consent. You also have the option to opt-out of these cookies. But opting out of some of these cookies may have an effect on your browsing experience.
Necessary Always Enabled
Necessary cookies are absolutely essential for the website to function properly. This category only includes cookies that ensures basic functionalities and security features of the website. These cookies do not store any personal information.
Non-necessary
Any cookies that may not be particularly necessary for the website to function and is used specifically to collect user personal data via analytics, ads, other embedded contents are termed as non-necessary cookies. It is mandatory to procure user consent prior to running these cookies on your website.
SAVE & ACCEPT